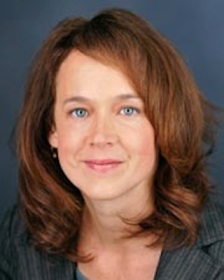 After graduating from the University of Kansas, Laura started her career in New York City, where she was a founding member of the Workhouse Theatre Company and founding teacher for the Dreamyard Drama Project now Dreamyard Prep School in the Bronx.  Laura acted off Bradway, regionally, in commercials, television and film.  Laura Kirk co-wrote and starred in the film Lisa Picard is Famous, directed by Griffin Dunne.  Premiering at the Cannes Film Festival, Picard was featured in many International and American festivals, then opened at Film Forum in New York City.  She executive produced and starred in the feature Earthwork written and directed by Chris Ordal, starring Oscar nominated actor, John Hawkes.  Earthwork received two thumbs up from
Ebert Presents at the Movies and was called a “flawless gem” by the Los Angeles Times.

Emmett’s Black Body will be Kirk’s fourth collaboration with Kevin Willmott starting with the film The Battle for Bunker Hill.  Bunker – embraced by the ACLU as a mouthpiece for personal rights.  Kirk starred in the film and served as an associate producer.  Additionally Kirk was featured in the 2009 Sundance premiere of The Only Good Indian starring Wes Studi.  Most recently Kirk served as executive producer on Willmott’s feature film Jayhawkers – a story of legendary coach Phog Allen and time when Wilt Chamberlain influenced desegregation of Lawrence, Kansas.